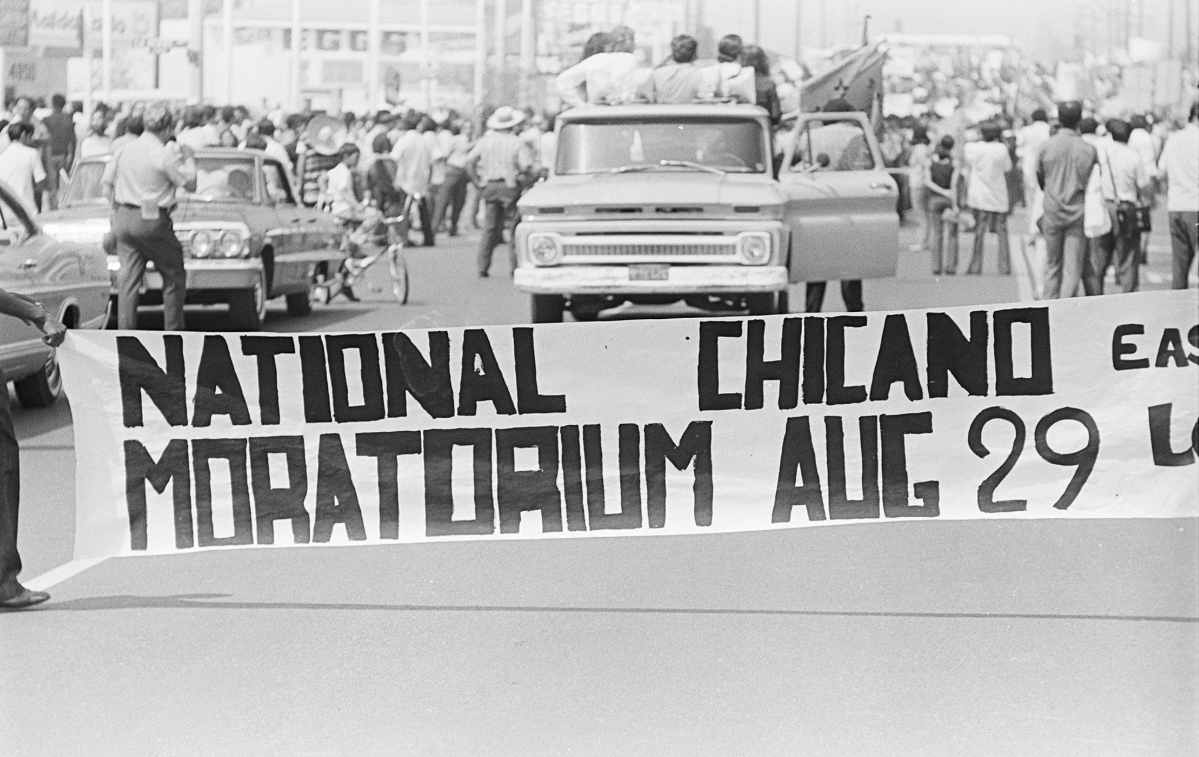 The demonstration against the disproportionately high casualties among Mexican American soldiers in the Vietnam war was held on Aug. 29, 1970 in East Los Angeles, with an estimated 30,000 people marching in a largely peaceful protest. But after reports of vandalism, law enforcement converged on the rally, and chaos and violence followed.

At the end of the day, three people were dead, including Ruben Salazar of The Los Angeles Times. The 42-year-old columnist, the nation's most prominent Latino journalist at the time, was reporting on the rally that turned riotous. Salazar was taking a rest inside The Silver Dollar Bar when he was hit in the head by a tear gas canister fired by a L.A. County sheriff’s deputy. Salazar died instantly, the deputy was never fired or prosecuted.

Today, the  remembrance and renewal of Chicano Power is celebrated on this 50th anniversary of the Chicano Moratorium. Speakers at Saturday’s rally in Los Angeles called for unity among the Latino and Black communities to fight oppression, police brutality, social injustice and institutional racism that exist yet today.

And today, Chicanos Por La Causa, a nonprofit born from student walkouts and protests in Phoenix in 1969, salutes and continues advancement of the Cause. One of the nation's largest Latino organizations, CPLC is proud to now have opened operations in California to enhance our efforts in Arizona, Nevada, New Mexico and Texas. Welcome to La Familia.

Together, we march forward.